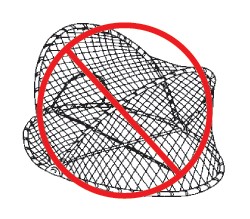 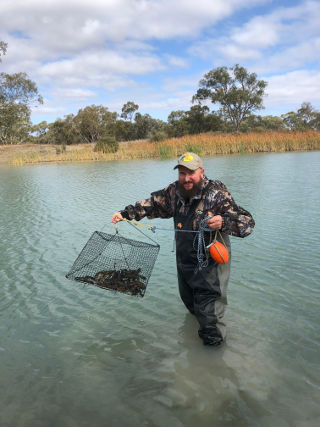 Since 1 July 2019, the use of opera house nets has been banned in all Victorian public and private waters.

As opera house nets can still legally be used in some other states, fishers may reasonably be in possession of them in Victoria and use them when travelling and fishing interstate waters.

Many fishers who have purchased opera house nets to fish for yabbies were unaware that, prior to our Yabby Net Swap Program, these nets were banned in all Victorian public waters. The opera house nets were banned because their use has been implicated in the drowning of air breathing wildlife, such as native water rats (rakali), platypus and turtles. VFA’s research has shown alternative 'wildlife friendly' yabby nets, such as open top lift nets, are just as effective at catching yabbies.

Encouragingly, many tackle stores and distributors have now discontinued their sale of opera house nets and are now selling wildlife friendly nets. Wildlife friendly open top nets can be legally used in all private waters and most public waters. Click here to read about where open top lift nets cannot be used.

The Victorian Minister for Fisheries and Boating has also recommended that other states consider a phase out of opera house nets via a yabby net swap initiative to benefit air breathing fauna, improve yabby fishing, provide recreational anglers with consistency across borders and simplify business for tackle stores and their customers.