Anglers illegally selling their catch to local restaurants, fish and chip shops, fish wholesalers and fish retailers without a commercial licence threaten the sustainability of our fisheries resources and are a major problem in Victoria.

Don't jeopardise your customers' health or your business reputation.

Is buying fish and shellfish from a recreational angler illegal? Why is buying fish from a legitimate commercial seller so important?

Recreationally caught fish are not subject to any of the food safety measures required under the Food Standards Code. Buyers of illegal fish are placing their customers' health at risk, and the reputation of their business.

PrimeSafe is the regulatory body responsible for seafood safety.

What species are most commonly involved? 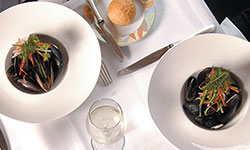 Don't jeopardise your customers' health or your business reputation

What happens if you're caught buying from a recreational angler? Non-compliance with the Food Standards Code can also result in:

What happens to the recreational angler?

Individuals found selling their catch could:

How can I protect my business and ensure my seafood is legitimate? 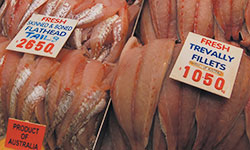 If you are caught, the angler and buyer could face significant fines and jail terms

If you intend to buy and sell fish (including shellfish) for human consumption you must:

If in doubt when purchasing seafood, don't hesitate to ask where it was sourced.

Who do I contact if I suspect 'illegal take for sale' activity?