Anglers in north east Victoria expressed concerns regarding the status of wild trout populations with reports of poor fishing across many streams, particularly during summer of 2013-14. In response, Fisheries Victoria commissioned Arthur Rylah Institute researchers to conduct population surveys of four trout streams in north east Victoria during February 2014. These streams were selected to broadly represent those North East streams where anglers reported poor angling catch rates in :

King River above and below Lake William Hovell

Standard electrofishing methods and water quality monitoring were undertaken at 13 sites (Figures 1 and 2). The aim of the surveys was to assess the relative abundance and size of trout in the lower and upper reaches of each representative stream 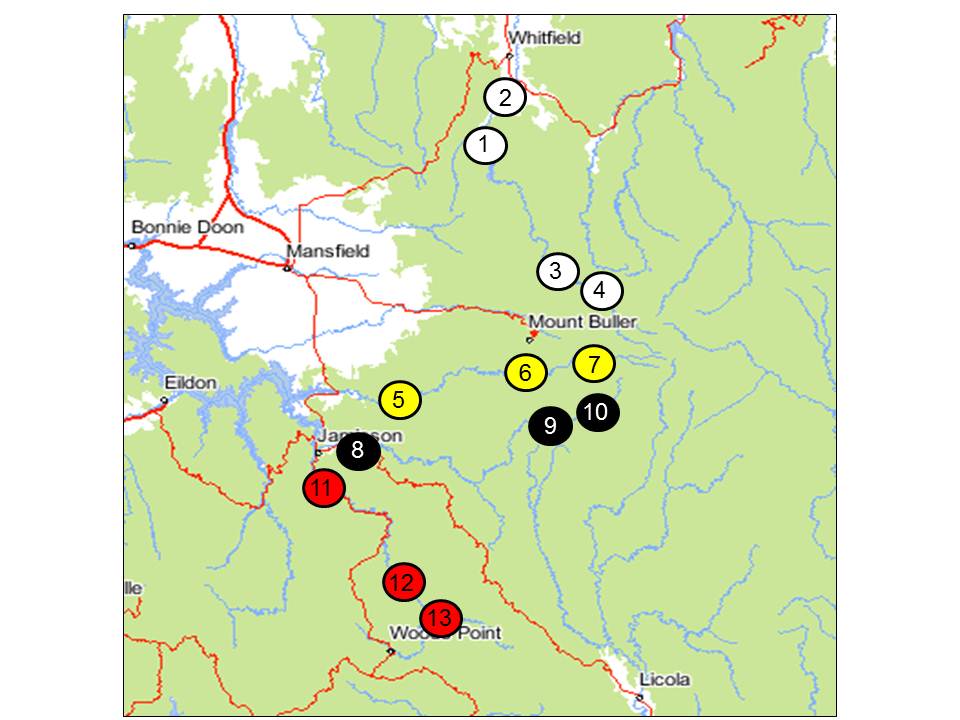 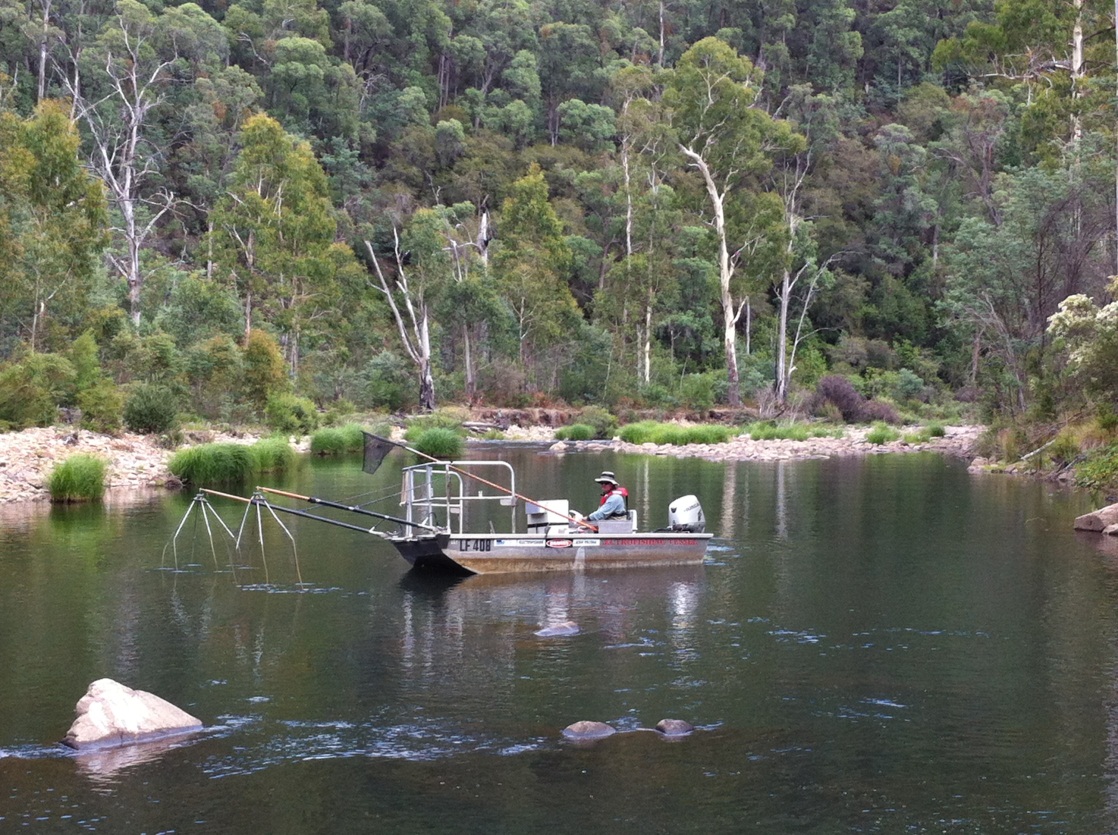 Figure 3.Arthur Rylah Institute researcher with a brown trout caught during the survey.

Table 1. Total numbers of each species sampled across each site of entire survey.

Overall, 199 brown and 64 rainbow trout were caught during the survey accounting for collectively over 30% of the total numbers of individuals sampled (Figure 4). 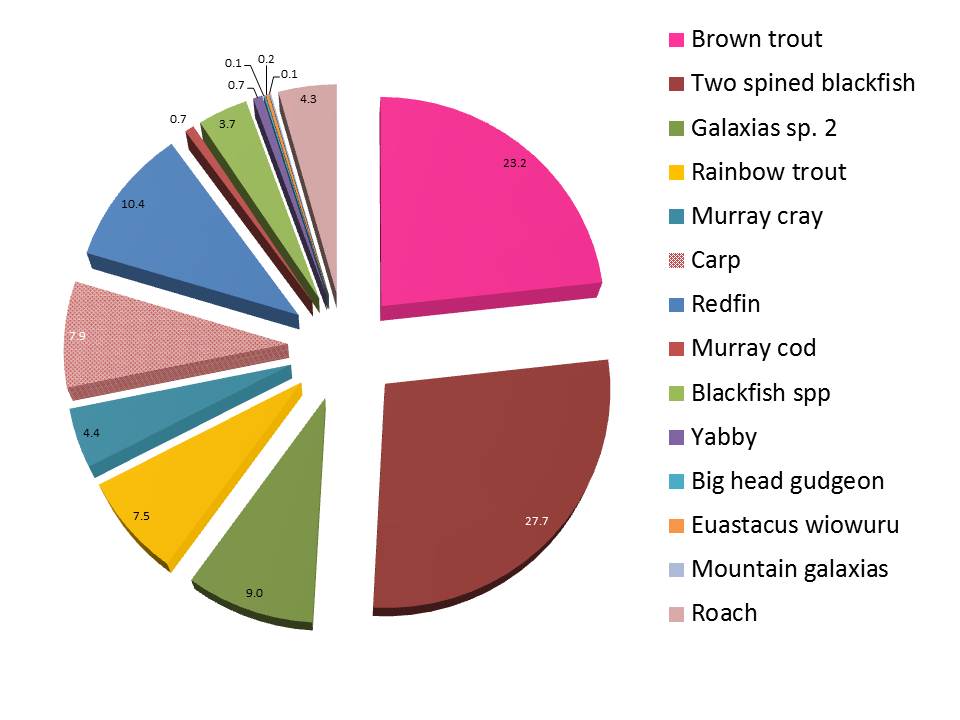 Figure 4. Percentage of each of the 14 species caught in the survey by numbers across all 13 sites.

Relatively low numbers of trout were recorded at the lower reaches (downstream sites) of all streams compared with upstream sites where relatively high numbers were recorded (Figure 5). Trout ranged from 6 to 56 cm in length. The numbers and sizes of trout recorded were indicative of past summer trout population survey results in these streams, although trout abundance in rivers can vary considerably between years. Relatively high water temperatures were recorded in all sites sampled, particularly in the lower reaches of each stream (Table 2).

Table 2. Water temperature and quality measurements from each of the 13 sites surveyed. *Note water temperature was taken at 8 am and stream temperature is expected to increase by a further 3 or 4 degrees throughout the day.

Although a range of possible factors may have contributed to the trout population results observed, the most likely cause of low trout abundance in lower reaches of north east Victorian streams is high water temperatures associated with high ambient temperature and low summer stream flows.

As trout are a cold water fish species, they are physiologically vulnerable to warm water and impacts can occur on feeding, growth, survival, reproduction and catchability by anglers. Water temperatures recorded during the survey were at or above the thermal tolerance of trout. Additionally, the Bureau of Meteorology suggests; In response to high summer water temperatures, trout may reduce feeding and actively avoid warm water by moving away to cooler water areas such as upstream or to deeper water (Lake Eildon).

A range of other factors have also been suggested as contributing to low trout abundance in lower reaches of north east Victorian streams. These include stream habitat condition, fishing pressure, predation by other species (e.g. cormorants) and competition with other species (e.g. carp). In response to these suggested factors, it is worth noting;

The results of this survey were presented to:

At both meetings, there was considerable discussion about what, if any, fisheries management interventions could be adopted to better understand how the fishery is performing and improve its performance.

Where to from here

High levels of angler concern about the status of river trout fishing in North East Rivers and the social and economic contribution that trout fishing makes to the regional economy warrants further attention.