The Victorian Fisheries Authority is proudly partnering with Gunaikurnai Land and Waters Aboriginal Corporation (GLaWAC) to develop a native oyster industry in Gippsland.

The partnership involves investment and support for a production trial for native oysters in the Gippsland Lakes. The Victorian Fisheries Authority will invest $40,000 into the trial, to be matched by GLaWAC.

It’s proposed the trial will start in 2022 once consultation and formal approvals are completed.

On completion of a successful feasibility trial, it’s envisaged GLaWAC will commence a commercial aquaculture operation at the selected trial sites, which may be with an existing industry partner.

Consultation has concluded on the proposed trial, including the proposed sites, and amendments to the sites have been made based on community and stakeholder feedback.

This as a wonderful opportunity for local employment and economic development for the Gunaikurnai people. While local oysters on the tables of restaurants and pubs will be a great boost for the Victorian seafood and tourism industries.

The aim of the trial is to:

The trial will involve up to two years of regular testing and monitoring as required under the Shellfish Quality Assurance Program to ensure the product meets the required Food Standards Code.

The partnership is part of our commitment to bring fresh seafood to all Victorians. It complements line caught fish sold directly from boats with the aim of fresh local seafood being available from Mallacoota to Portland.

It’s part of record investment into aquaculture in Victoria – with aquaculture now bigger than our wild catch.

The VFA and GLaWAC will be installing the trial aquaculture infrastructure and oysters at four trial sites in September and October, 2022

For further information on the trial, email haveyoursay@vfa.vic.gov.au or call 9658 4737. 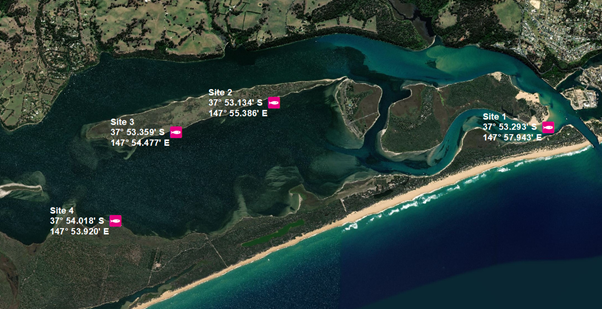