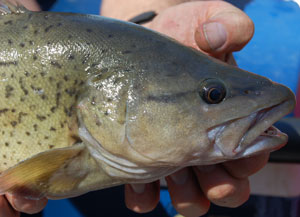 In August 2015, recreational fisheries for trout cod were opened at Lake Sambell and Lake Kerferd, near Beechworth in northeast Victoria.

This delivered on a commitment in the state government's Target One Million plan for recreational fishing, which aims to get more Victorians fishing, more often.

Since 2008, more than 45,000 trout cod fingerlings have been stocked into these two lakes to create new fisheries. Stockings elsewhere have helped wild populations recover. 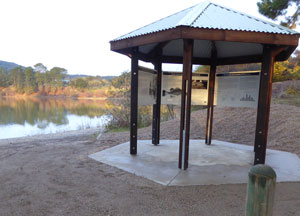 Although a threatened species nationally and one previously not permitted for harvest by anglers, the development of Lakes Sambell and Kerferd provides anglers with a unique opportunity to target, and keep if they choose, a trout cod.

Strict regulations govern the take of trout cod from Lakes Sambell and Kerferd.

Creating trout cod fisheries in these lakes is intended to raise public awareness of the species, provide a different recreational fishing experience and inspire a new generation of freshwater anglers to support the recovery of trout cod populations in the wild.

This innovative approach is consistent with the National Trout Cod Recovery Plan.

Interpretive signs have been erected at both lakes.