Who is delivering on this hatchery initiative?

The Victorian Fisheries Authority (VFA) is delivering the hatchery project.

What are the key stages of the hatchery project?

When will the hatchery be built by?

The State Government has committed to have the new hatchery completed by November 2022 - or, hopefully, sooner! What stage is the VFA at with the new hatchery?

After an extensive site selection process, the VFA purchased a 170 hectare properly near Arcadia on the Goulburn River. The property features a large dam, two residential buildings, high quality groundwater and plenty of clay for pond construction. The property is currently being upgraded (fencing, security system and building improvements). Construction is planned to commence in late 2020 with completion by mid to late 2021.

What’s the budget for building the hatchery?

The State Government has committed $7 million toward the establishment of a native fish hatchery. This money is part of the $35 million invested in Victorian fishing and boating in the 2019 budget. Where will the hatchery be located?

The hatchery will be located on a 170 hectare property on the Goulburn River near Arcadia, a 20-minute drive south of Shepparton.

Are there pathways to support indigenous employment at the hatchery?

Yes, the VFA has a 50% indigenous employment target for staff at the Arcadia fish farm. As part of this initiative, the VFA is working with local training providers to offer a Certificate level an integrated course in fish farming and agriculture. This course will provide the foundation skills which are needed for a career in fish farming.

How much land is required for the hatchery?

We have purchased a large property (170 hectares) of which around 130 hectares has been set aside for the purposes of fish farming. The scale of the property provides plenty of scope for expanding native fish production in the future, subject to additional funding.

What site selection process was used to identify potential sites?

The VFA used a range of independent expertise to identify and map areas (and land holdings) that best met more than 20 key site selection criteria. A short list of sites identified through this process were then inspected and, in consultation with land holders, soil and water testing was conducted. What are key requirements for the preferred hatchery site?

Did the State Government compulsory acquire the hatchery site?

No, the State Government purchased the property through negotiation with the land holder after independent valuations. 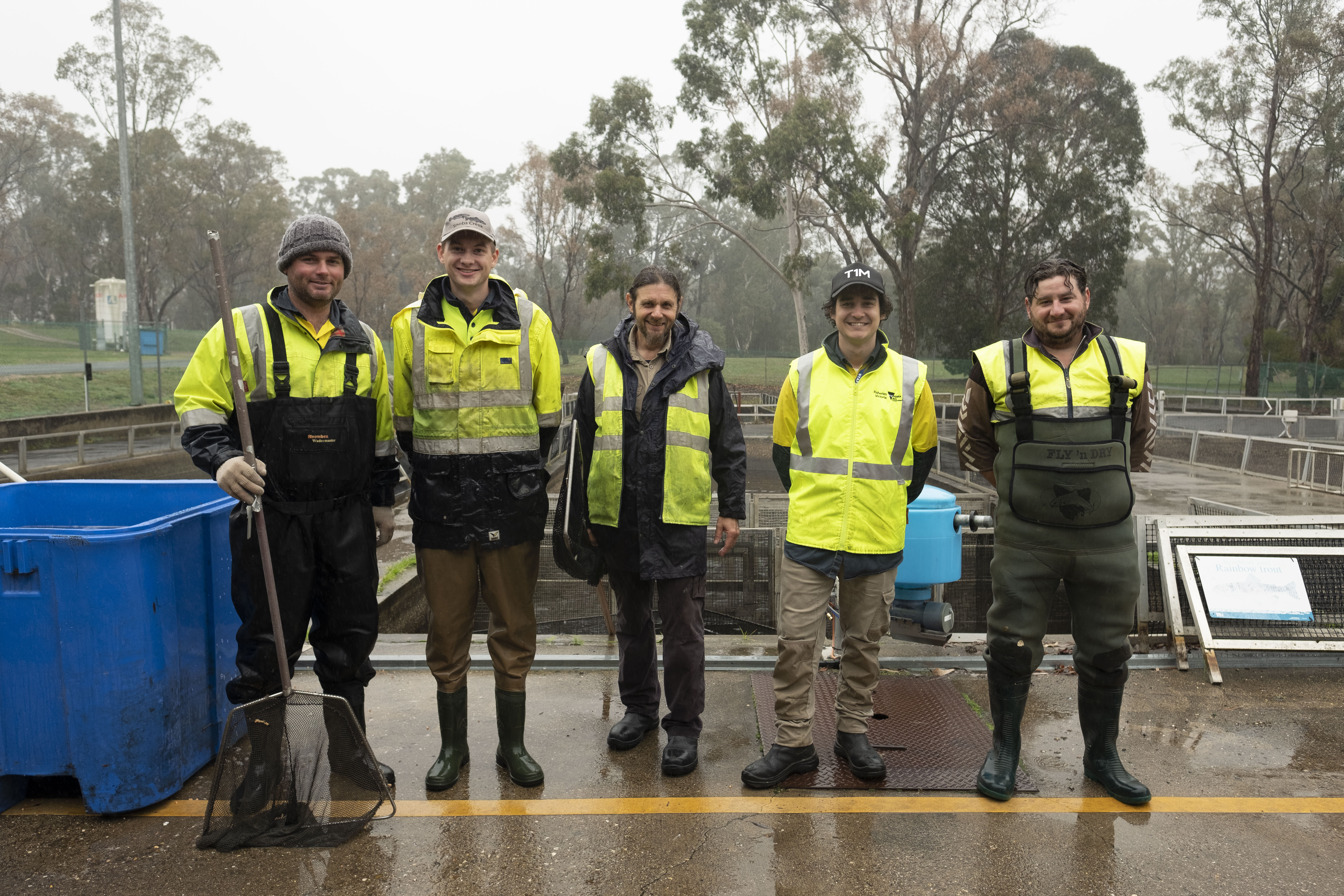 Why don’t you build the hatchery on Crown Land?

The Arcadia site was found to have direct access to ideal river frontage access and high-quality water. Most Crown land sites were heavily forested, had high cultural heritage and biodiversity values, e.g. important corridors for wildlife.

What fish will be grown at the new hatchery?

The new hatchery will focus on warm water native fish including with an initial focus on breeding Murray cod and golden perch. Over time, the VFA may expand production to include silver perch and freshwater catfish.

Yes, the new hatchery will mean our Snobs Creek hatchery will free up capacity (ponds) to enable increased breeding and production of cooler water threatened native fish such as trout cod and Macquarie perch. How many people will the hatchery employ?

The new hatchery will employ more than 20 people onsite and offsite, including contractors involved in the construction phase. Employment numbers at hatchery will build as full production is achieved over the first few years of production.

Will the hatchery contribute to the State Government’s 10 million fish stocking target?

We expect the new hatchery will start to produce significant numbers of native fish the year after it has been completed with production coming on line from late 2022. After that, it will take several years for the hatchery to reach full production capacity, however we will be including stocked fish which have been grown at the new hatchery in our 10 million fish targets.

Will there be a visitor centre?

The State Government has announced $3 million in funding to build a visitor centre at the site. Key features will include a public fish-out lake, barbeque facilities, playground and interpretive/information signage – so visitors can learn more about our northern native fish species and hopefully catch one from Arcadia Pondage, the fish-out lake we're developing.

How can I find out more?

If you any further questions, please send us an email at: Improving.fishing@vfa.vic.gov.au