The Victorian Wrasse (Ocean) Fishery was established in the 1990s when a domestic market based on live trade to restaurants and seafood outlets was created.

The fishery extends along the entire length of the Victorian coastline and out to 20 nautical miles offshore, except for marine reserves. The fishery is divided into three commercial management zones; licence holders can fish in any of these zones.

Most wrasse is harvested by hook and line although commercial rock lobster fishers who also hold a commercial wrasse licences can keep those fish that they catch in their rock lobster pots. 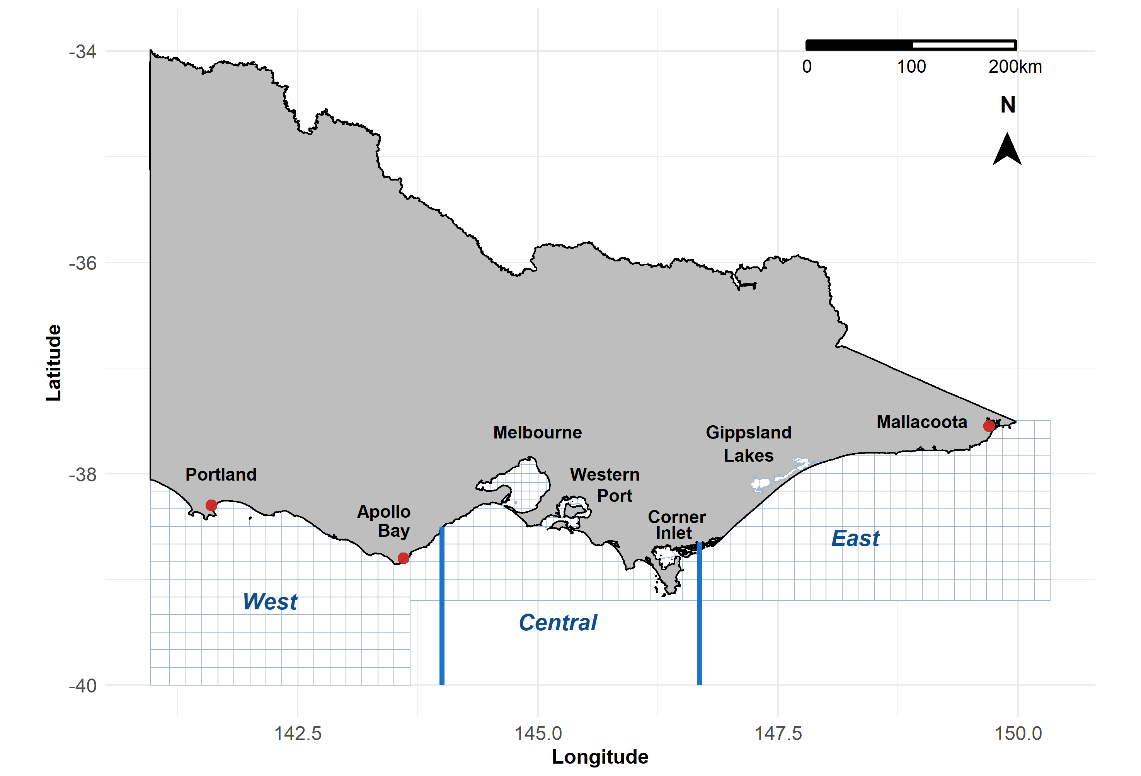 Approximately nine per cent of the commercial wrasse harvest is taken in rock lobster pots.

There are several biological characteristics of Victorian commercial wrasse that are relevant to sustainable harvest:

Bluethroat Wrasse may attain a total length of up to 50 centimetres and live for up to 23 years; females mostly mature at about 5 to 8 years of age and at about two thirds their maximum size. Males can reach at least 50 cm total length and mature at approximately 8 years age.

Wrasse inhabit depths up to 160 metres, whereas fishers mostly operate in depths shallower than 30 metres to reduce their losses due to barotrauma where the swim bladder expands and damages the fish as it is hauled to the surface. Bluethroat Wrasse is a hermaphroditic species in that females at some point in their lives, transition to male. This species does not migrate extensively among reefs and the males exhibit territorial behaviour whilst guarding their female harem against competing males.

Purple Wrasse attain a maximum size of 45 centimetres, and for Victorian populations may live at least 16 years, and are found at depths up to 90 metres. Unlike the Bluethroat Wrasse, sex does not change after maturity which means that the exploitable stock may comprise similar proportions of both sexes.

Wrasse have a relatively long larval period (Bluethroat Wrasse: 44 to 66 days; Purple Wrasse: 40 to 87 days) leading to potentially wide dispersal that can repopulate depleted areas. The two species are thought to interbreed to produce hybrids.

Management of the Ocean Wrasse Fishery

After a rapid rise in catch levels in the 1990s to a peak of just under 90 tonnes in 1998/99, catches stabilised to between 40 and 50 tonnes during the period of 2000 to 2004. With the decrease in effort as a result of fewer licences, catches declined to below 30 tonnes. With the introduction of licence transferability in 2017, there has been an increase in total catch in 2017/18 as new licence owners became active in the fishery. 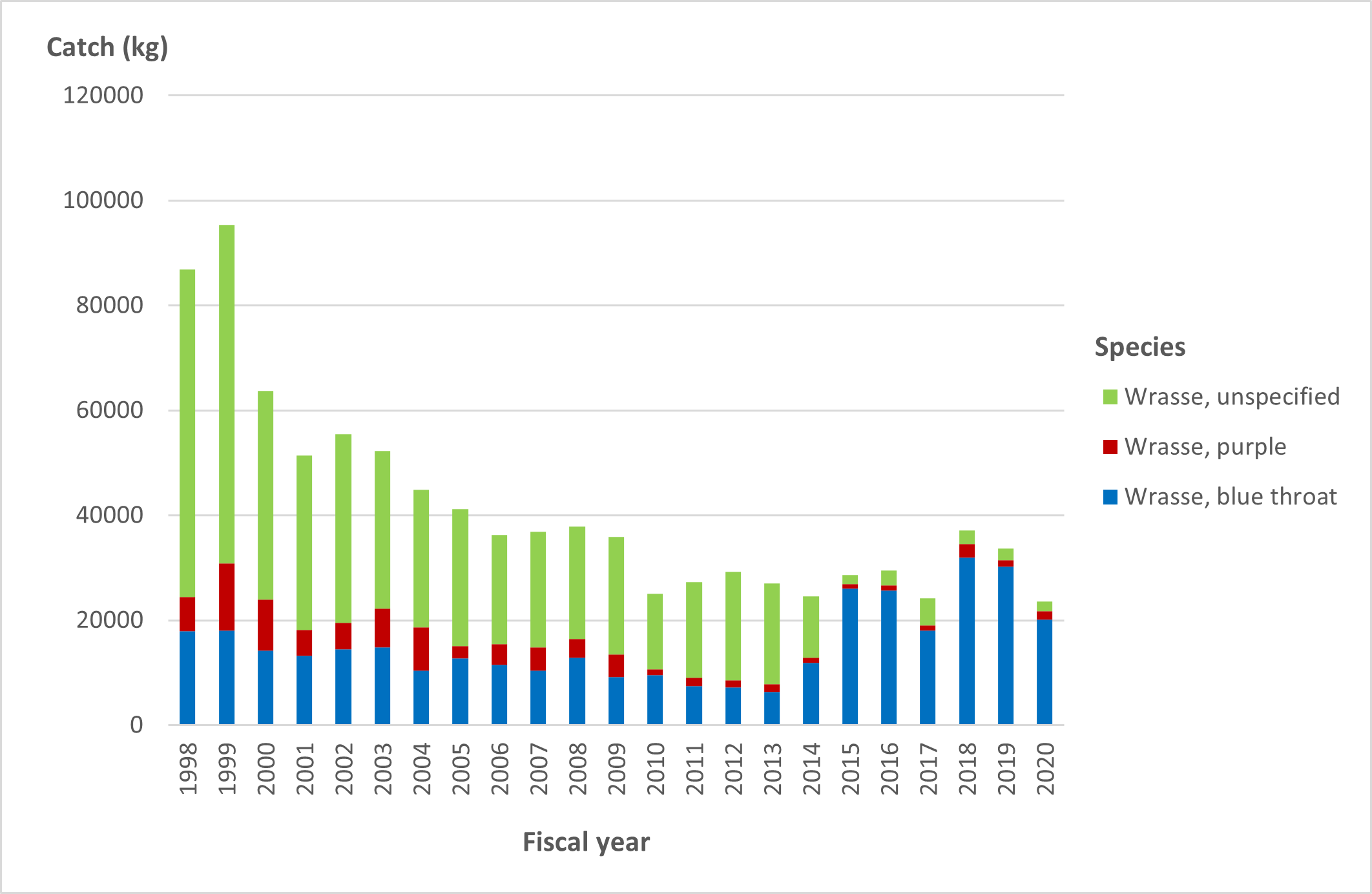 The Wrasse (Ocean) Fishery Access Licence is a transferable licence class. Licences can be sold, bequeathed, or operated by a person other than the licence holder).

Licence holders wishing to permanently transfer their licence to another party must submit a completed Form 19 Transfer Fishery Licence to the Victorian Fisheries Authority.

Harvest strategies provide formal and structured frameworks that guide fishery management decision-making and assist in achieving management objectives. They bring together all of the key elements and management functions used to make decisions about the level of fishing activity that should be applied to a fish stock or a management unit to maximise the likelihood of achieving ecological, economic and social sustainability.

The Harvest Strategy for the Victorian Wrasse (Ocean) Fishery was developed when the licences became transferable in 2017.

The available information for the Victorian commercial wrasse fishery indicates that –

The cross-jurisdictional 2018 Status of Australian Fish Stocks determined that the Victorian Bluethroat Wrasse stock is sustainable.