The freshwater catfish (Tandanus tandanus) is endemic to Australia, and can be found in slow moving or still waters throughout Victoria, New South Wales, South Australia and Queensland. The species was once widespread throughout the Murray-Darling River system, but their range has been altered dramatically since European settlement. 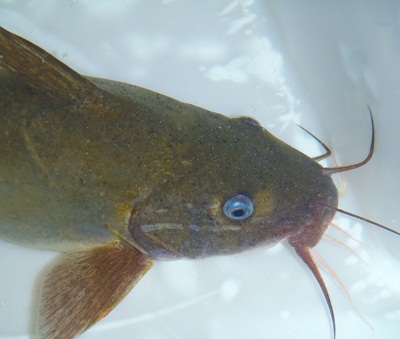 Native Fish Australia, (Wimmera) Inc received funds from the Recreational Fishing Grants Program to restore Victoria's recreational fishery by captive breeding and re-stocking freshwater catfish.  To support of this project, this study was undertaken to:

Both mitochondrial and microsatellite data suggest that the Mallee, a naturally occurring population, is the most diverse population in Victoria.  In contrast, the Avoca and Goulburn populations contained the least amount of diversity.  The Loddon and Avoca sites were the only populations to contain no unique alleles.  The Wimmera contained the highest effective population size (Ne) and the Loddon the lowest.

Four genetic clusters were identified in the Victorian populations, which were

The genetic structuring observed in Victoria may be due to limited gene flow between populations along with influences of translocations.

Results from the genetic analyses were used to develop guidelines for the genetic management of freshwater catfish broodstock used for stock-enhancement.  The following points were recommended:

For a copy of the Full Report please email: richard.rogala@vfa.vic.gov.au