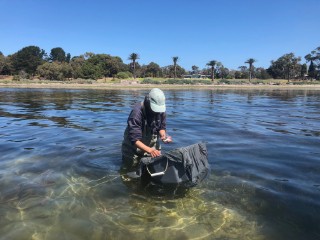 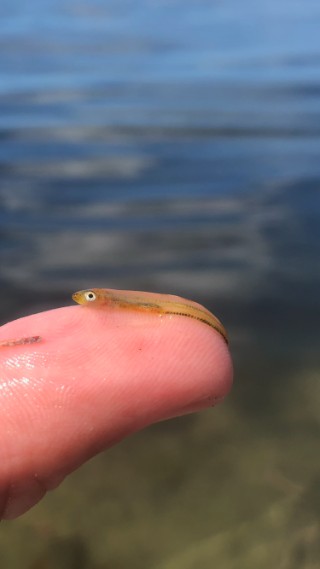 Victorian fishers have welcomed 2019 with the news that high numbers of juvenile King George whiting have been surveyed in Port Phillip Bay for the third consecutive year.

Victorian Fisheries Authority CEO Travis Dowling said this strong year-class of whiting joined good years in 2017 and 2018, meaning excellent fishing for the species could be expected this summer and beyond into the early 2020s.

“Furthermore, eighty per cent of commercial netting licences have been removed from the bay thanks to the State Government’s Target One Million plan, meaning more of the whiting will be available for recreational anglers and their families,” Mr Dowling said.

“The annual surveys of baby whiting in seagrass habitats have been undertaken around the bay since 1998 and are a reliable predictor of future catches.

“The positive recent survey results in Port Phillip Bay are indicative for other Victorian bays such as Western Port and Corner Inlet.

“People fishing outside the bays along the coast can expect increased catches of larger whiting over the next few years too as these mature fish move out to spawn during winter, most likely off far western Victoria and eastern South Australia.”

Mr Dowling said the tiny whiting larvae drift eastward for approximately three months before entering Port Phillip Bay and other bays and estuaries in spring, when our scientists conduct the surveys in seagrass beds, which are favored habitat of these small fish.

“Westerly winds help drive the currents that bring the whiting larvae into the bay, where they take about two years to reach the legal minimum size of 27cm.

“At about four years of age, most whiting have left the bays to complete their life in coastal waters.

“Because whiting only reside in the bays for a few years of their life, these fisheries naturally fluctuate depending on the number of tiny larvae that entered the bays several years prior.

“The high numbers recorded in the most recent survey were once again consistent with a winter-spring climate characterised by frequent and strong westerly winds.”