East Gippsland provides for amazing fishing options, from the rivers, estuaries and Gippsland’s Lakes through to the productive water offshore.  Eastern Bass Strait is directly impacted by the influence of the East Australian Current pushing south, this means Gippsland can be a surprise package however it is predictably and consistently good!  Plentiful supplies of highly desired saltwater species consistently swim past these areas seasonally, providing fishers plenty of opportunity for terrific sport fishing action and awesome fresh seafood.  For ocean fishing, East Gippsland provides for significant stretches of rugged coast between safe harbours which often means that long runs are standard and for offshore fishing, a seaworthy boat with good freeboard, some knowledge, experience and good weather windows are required, or else use the services of one of the many charter boat operations especially out of lakes Entrance or stick to the sand along the 90 Mile Beach.

Boat and shore-based estuary fishers seeking catches of bream, flathead, estuary perch and other desirable species are provided with many more launching opportunities and numerous kilometres of great fishing in both the lakes and the interconnected rivers. Many of these prime locations are in close proximity to towns with full facilities including accommodation however the opportunity to get away from it all is available with some estuaries also set in remote locations.

Bream are a tough and slow growing estuary species that can live in a range of environments from full salt water to almost fresh however they prefer the brackish waters such as the Gippsland Lakes.  Whilst not particularly fussy what they eat, they are quite careful with how they go about it and the bigger bream tend to hang back and not be reckless making them quite a challenge.  Bream can be hard fighters despite their modest size and can be a great challenge to catch.  Most bream are caught on baits despite a massive and growing popularity for lure fishing for them.  Whilst they will move up and down estuary systems to spawn, bream are an all-year option. Purely an estuary dweller, dusky flathead can grow to impressive sizes with captures of meter long fish recorded each year amongst a range of smaller sizes.  Dusky flathead are protected by a slot limit to ensure the larger breeding fish are protected, catch and release works effectively with careful handling practices.  An ambush predator that likes to sit motionless in the shallows partially buried by sand, bursting out of cover to inhale small mullet and shrimp.  Dusky flathead are easier to catch in the summer months when they become much more active and in winter they are caught more incidentally in deeper parts of the estuaries usually on bait. In the prime summer months, bait fishers do well on all sizes of flathead however most of the biggest specimens are caught by the lure casters.

Click here to learn how to catch dusky flathead.

Sometimes referred to as the barramundi of the south, the Estuary perch (or EP) are a mysterious species that can require a little knowledge to consistently catch.  Having somewhat of a cult following in Victoria, the value of EP’s as a premiere sportfishing target is growing rapidly. EP’s are in healthy populations in most estuaries in East Gippsland.  Being tolerant of both full fresh and salt water, their exact position in an estuary system can be the hardest thing to determine.  When located, EP’s can provide great sport, typically holding tight to structure and readily attacking well-presented small lures often well into low light.

Click here to learn how to catch estuary perch.

Regarded as one of the best fish to eat and fetching a hefty price at seafood outlets, King George whiting are also great fun to catch!  Whiting in Gippsland can be caught in some inshore situations but more reliably inside some estuary systems especially if there is tidal influence, sand flats and weed beds. When the whiting are ‘on’ the action can be fast and furious with Lake Victoria at Lakes Entrance being a standout due to a consistently open entrance.

Click here to learn how to catch King George whiting. Drifting or anchoring for gummy sharks is a favourite for a brigade of boat-based fishers as well as those fishing at night along the 90 Mile Beach.  This area is so productive for sharks due to the prevalence of sand crabs along the coast which is the preferred and primary diet of the sharks. Gummys are a year-round prospect however best results occur over the warmer months.  They are an excellent sport being hard fighters and are highly valued for their eating qualities, commonly available in the local fish shop as flake!

Click here to learn how to catch gummy sharks.

Salmon can be found in big schools at times and are the most reliable fish to fish along the 90 Mile Beach. Salmon also show up inside estuaries and can surprise fishers thinking they have hooked a much larger catch.  Hard fighting and powerful, they often taking to the air in a bid to dislodge hooks and really make a great account of themselves. Not always considered to be fine table fare, if bled and chilled they are certainly reasonable although freezing should be avoided for the best results.  A great approach is to try and hot smoke a few fillets as the oily flesh takes well to this treatment.

Click here to learn how to catch Australian salmon. 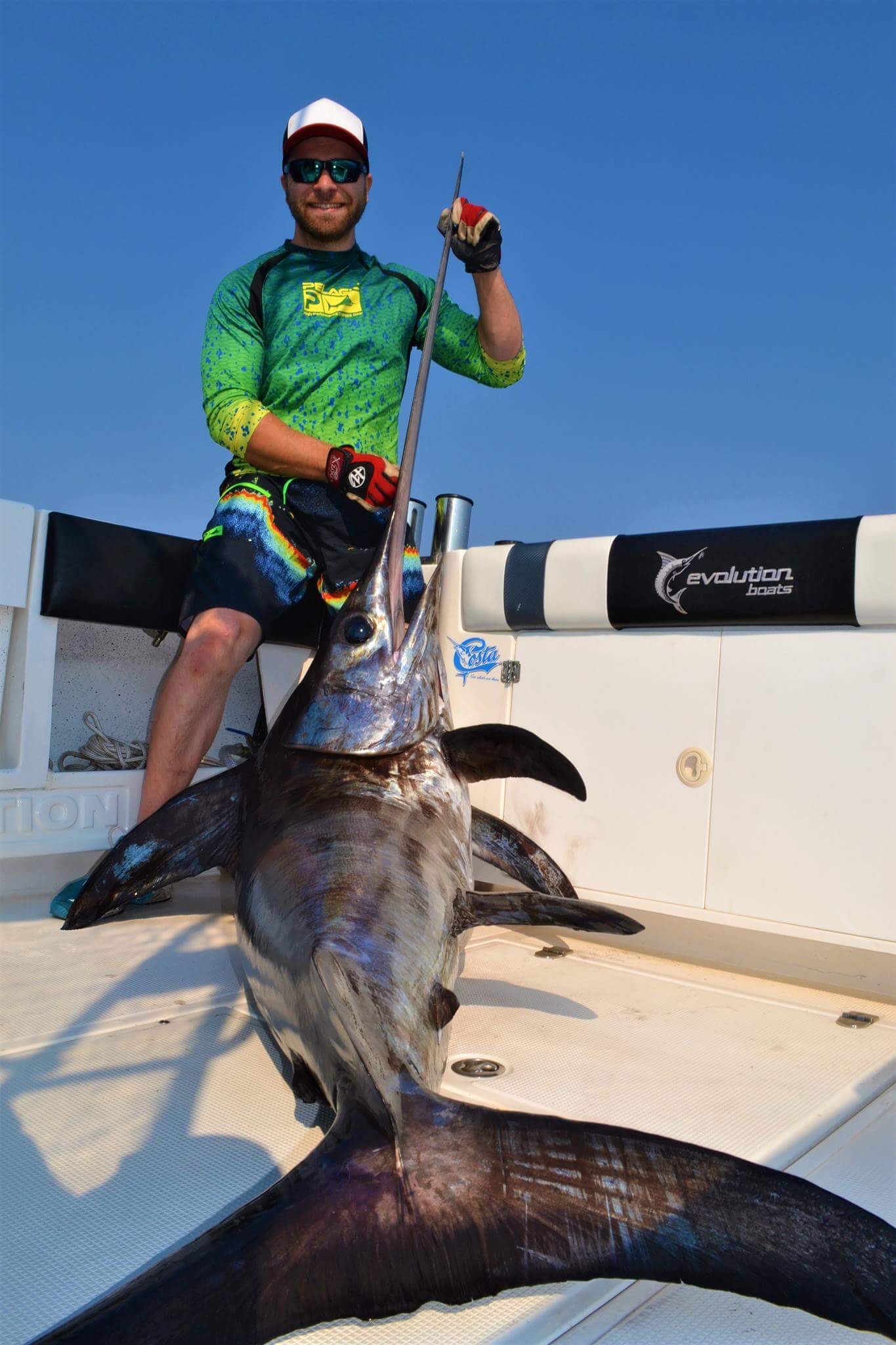 Unheard of a decade ago, catches of the mighty broadbill swordfish have become common for the specialist game fishers who head wide of East Gippsland in pursuit of them.  A true trophy fish, swordfish are large and powerful deep-water dwellers that seasonally inhabit over the edge of the continental shelf and the Bass Canyons wide of Lakes Entrance has proven to be a hot zone. Some of the swords are extremely big, with fight times in excess of 6 hours and fish of several hundred kilograms encountered!  Many are lost in the process, earning the title the gladiator of the sea.

Click here to learn how to catch broadbill swordfish.